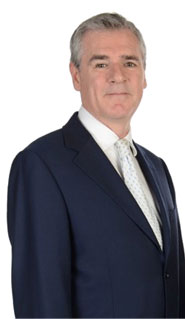 Kevin has more than 20 years’ experience in leading search assignments for law firms, publicly listed and private companies, and financial institutions. He began his career at Clifford Chance, qualifying as a Solicitor, England & Wales, in March 1991 and completing training to be an Avocat at the Paris Bar. He practised English and French law in the London and Paris offices of Clifford Chance until 1993. He is fluent in written and oral French and conducts business in both languages.

In 1994, he joined Longbridge International in London, which was the first niche executive search organisation in London at the time dedicated to the legal sector. He became a Director of the company and led the Private Practice desk for many years.

He left to set up his own company, Palm International Consulting, in 2003. The company was based in London, but carried out a significant number of mandates in Paris and Dubai, necessitating regular trips to UAE over nearly 10 years.

Eventually, in 2012, he set up Linkk Search and Consultancy in Dubai as a hub from which to operate on a more global basis. Linkk Search aspires to be a market leader in its services in the Middle East and across Europe. 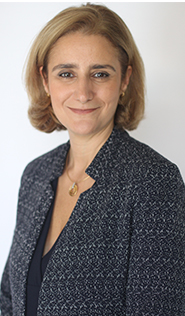 Nathalie has over 12 years’ experience in recruitment. She was cited in “Who’s Who of Britain’s Business Elite 2008 – Young Business Leaders”.

With in-depth training in digital marketing, she brings innovative and time saving solutions for clients in their recruitment processes. She is able to utilise many creative and cutting edge technologies, such as Video CVs. She works primarily with luxury hotels in the Gulf on mid to senior level appointments and has access to an expansive network of contacts throughout Europe and Switzerland. She also assists law firms on their non-fee earning needs, with a particular emphasis on HR, secretarial and administrative/operations support.

She became an Associate Member of Chartered Institute of Personnel and Development in 2014 and keeps up to date with global HR and employment matters. She speaks fluent French and English and has basic knowledge of Japanese.

Linkk works on specific leadership development and executive coaching projects in conjunction with: 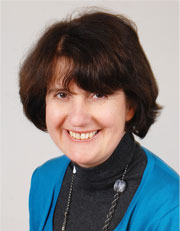 Gerry is skilled in leadership development and executive coaching. She has run her own consultancy and coaching business for 6 years and before that was Head of Learning and Development for the UK Foreign Office.

She co-authored her first book ‘Leadership PQ’ in March 2014. It was shortlisted for Management Book of the Year by the Chartered Management Institute in 2014/15.

Her particular interest is in helping business leaders adjust to the new challenge of partnering with others to deliver benefit for society as part of their mainstream business. She is also keen to help leaders in government work smarter with business to get the real value of their contribution.

Gerry studied coaching at Ashridge Business School and met their standards to be an accredited coach. The Ashridge programme meets the EMCC criteria for Master Practitioner.